Ancient, bewildering artefacts are materializing on black markets around the world. Rumours of a new element, which German researchers allude to as Valkyrium-500, are spreading. Hushed voices speak of an elusive “Projekt Walhalla” – the meaning of which remains obscure. Meanwhile, agents of the Reich are reportedly conducting frantic excavations around the globe.

However, these puzzling artefacts also managed to draw the attention of wealthy private collectors. As the owner of Lankford & Co, a specialised business known for recovering unique items quickly and discreetly, you welcome this.

Your responsibility is to uncover the remains of a lost civilisation, before the Germans get to it. How exactly you go about this, is up to you and your thrown-together band of eccentric adventurers!

Today we are beyond excited to announce our next project “Pathway: In Search of The Lost Element”. Inheriting the best parts of Halfway and mixing it with lots of new elements, Pathway is a tactical RPG set in a 1930s pulp adventure scenario:

FIGHT deep and demanding turn-based strategy battles.
GUIDE a cast of eccentric characters on a journey into the unknown.
EXPLORE lost temples, haunted tombs and Wehrmacht strongholds in ever-changing levels.
DISCOVER mysterious artefacts – powerful remnants of an ancient civilisation.
LISTEN to an original soundtrack by Gavin Harrison of Halfway fame.
IMMERSE yourself in a gorgeous 16-bit world built upon a novel pixel/voxel hybrid technology.

We are aiming to release the game in 2017 on Windows, Mac and Linux. If you’d like to know more about the game and keep in touch with the latest development, head over to the project’s website: 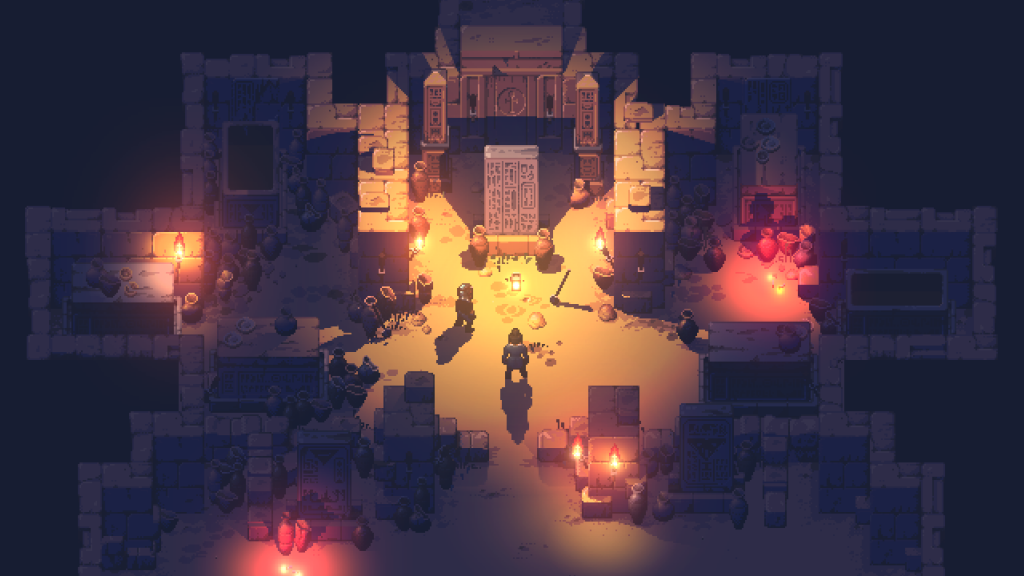 Halfway is a turn-based strategy RPG taking place a few hundred years into the future. Humanity has begun to colonise new worlds and, until now, they were alone…

via Steam , Humble and GoG.com